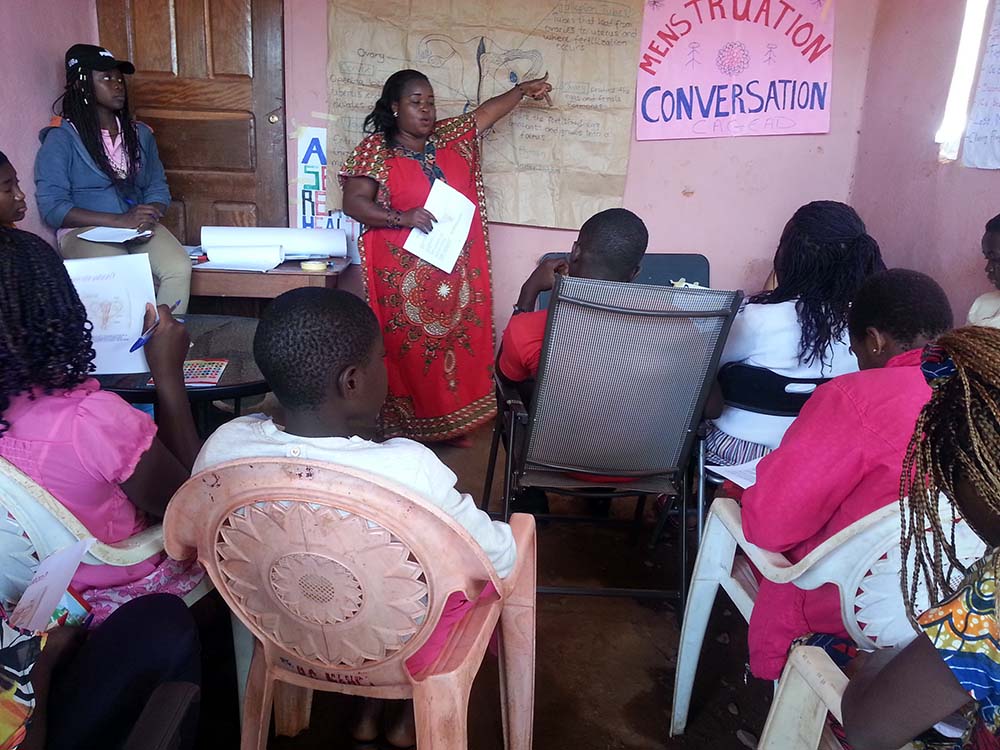 The Center for Advocacy in Gender Equality and Action for Development (CAGEAD) was founded by WaaH Clotilda Andiensa and a group of female teachers in 2007 in the Northwest Region of Cameroon.

The main aim was to promote women’s rights and fight gender inequalities within schools and in local communities. We had observed that there was limited knowledge on sex and sexuality among young girls who were often discriminated against and sexually harassed in and around the school milieu which usually resulted in teenage pregnancies, poor performance in school and eventually drop-outs.

This precipitated an urgent need for intervention in these communities.